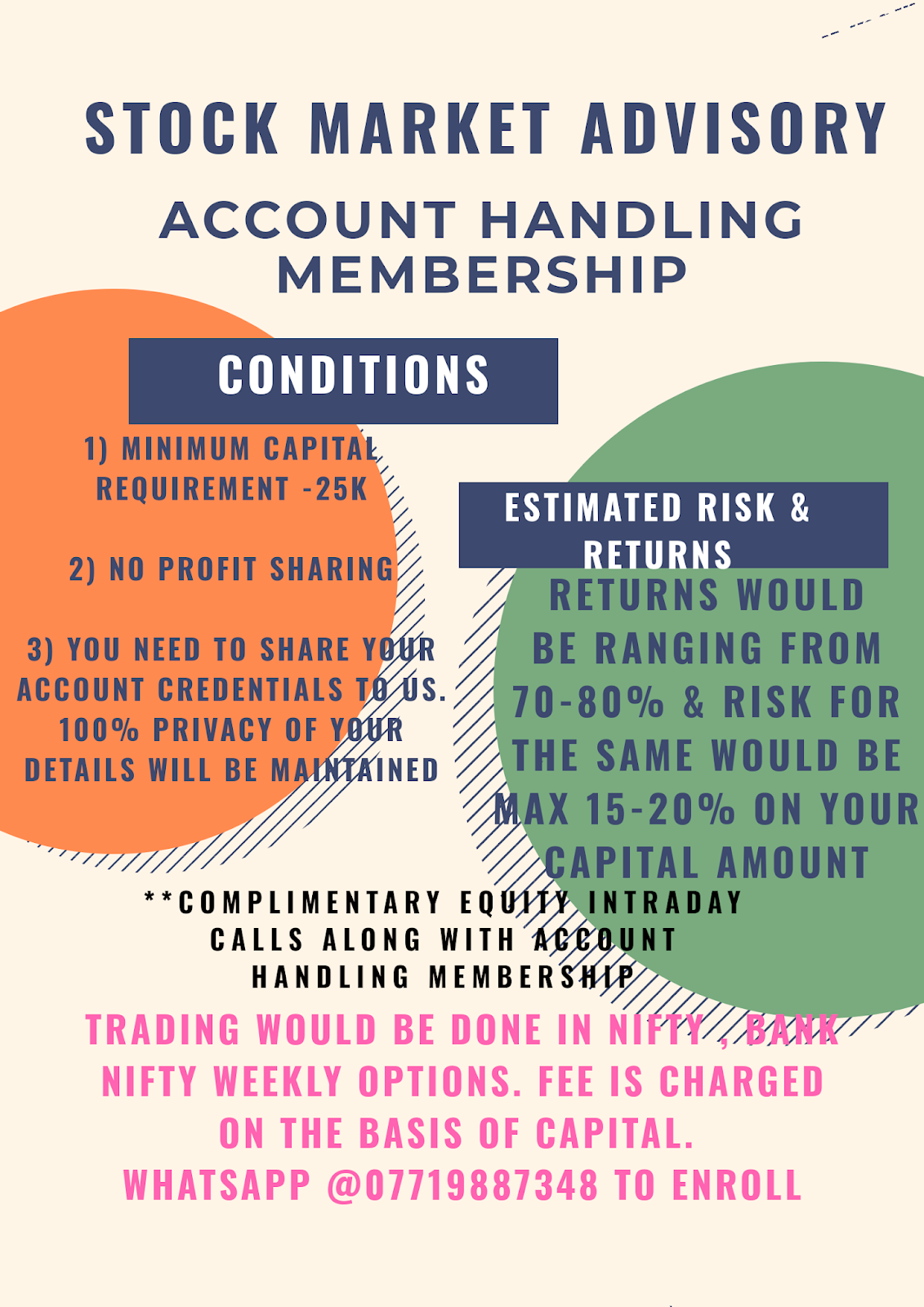 June 06, 2020
I Strongly believe , to be Successful in Stock Markets you Require two things : 1) Edge 2) Hedge Edge means having your own Trading System , following your own consensus & Conviction. Hedge is like an Insurance Policy , it will protect you from losing big and also maximise your earning potential over time without Destruction of your Capital. I will be Sharing one of the Hedging Strategy here. Example : Nifty on Friday (5th June) has closed around 10150. You are Bullish for this Weekly Expiry and what you to do is buy a Call Option of 10200 which is Trading around ₹120. Buying or selling naked Options involves high risk as its equal to betting. If you win you win Big or else you lose Everything. So buying naked Options isnt my Cup of Tea. What will I do in this Scenario? I would buy a 10200 CE (11th June Expiry ) at ₹120 and would sell a 10300 CE (11th June Expiry) at ₹80 to manage my risk. Now there are 3 Situations which can happen : 1) Nifty continues to rise: The 102
24 comments
Read more

February 01, 2022
U.S Markets closed higher yesterday. Most importantly , S&P 500 VIX crashed 10%. There was huge Volatility in global markets due to Fed event. Markets remain volatile only when they have topped out or have bottomed out. Right now I feel we have bottomed out at 16850. Asian markets are slightly lower now. Dow futures are lower. SGX Nifty is at 17500. Finally , the most awaited day has come. Budget 2022 is going to be presented today. Expectations are of a good and stable budget. Reasons are the Elections coming up and LIC IPO in March. Govt very well knows if LIC IPO has to go through , Market sentiment has to be good. Without good market spending it would be very difficult for IPO to go through. Market had already fallen a lot before the budget. Although we have rallied in last 2 days but still we have some upside left. Though I feel it's not favourable to chase today's gap up. Today's gap up is a good opportunity to book profits those who carried longs. Bud
Post a Comment
Read more

February 17, 2022
U.S Markets closed flat yesterday. Right now Dow futures are slightly lower. Asian markets are slightly higher. SGX Nifty is near 17380. Suggesting a flat start for the day. Yesterday was a heavy Volatile session. Markets have moved all over the place yesterday. At one point of time Nifty rallied and at one point of time we were ready to cross 17500. Then news of Russia came that Russia has not fully taken back their military troops. This led to a drastic fall in the last 2 hours. Nifty crashed all the way to 17300. India VIX came to positive. U.S Markets at one point of time were down quite significantly yesterday. But later during the day they have recovered most of their losses. Most importantly , U.S VIX fell 5% yesterday. Here as well we can hope markets to stabilize and VIX to collapse. Premiums are quite attractive considering only 6.days left for expiry  1000 points away put options are also trading at 20-25 rs premium. These put option buyers you know are crazy peo
2 comments
Read more